Local North Eugene senior Hunter Briggs has been a part of the 4j School Board since this school year began in September. On this board, a group of people, including students from all four of the 4j high schools (North Eugene, South Eugene, Sheldon, and Churchill) all tackle issues facing each school. Typically at these meetings, the students bring up issues and the administrators of 4j discuss ways to fix and/or prevent the issues that the students bring up, and then things are left at that.

The last board meeting this year was different.

Hunter Briggs gave a speech (the transcript of which is attached), that was almost too important to not leave the Board Meeting.

His speech, which tackled topics such as teacher-on-student harassment, student equity, and the ever so important idea of subconscious institutionalized racism, which he believes gets put on the back burner as the “silent” issue, while the “ruckus” of individualized racism is paid attention to by everybody, was later sent to all North Eugene staff.

This speech was undoubtedly important for more than one reason. Not only did it shine light on some otherwise not-so-hot button issues that are rarely actually talked about by students and teachers alike, but it brought these issues up from the eyes of a student, particularly a student who has watched these issues perpetuate and grow throughout his four years as a student at North Eugene High School. This fact alone should be enough to entice a thorough read of his speech, but this is doubled by the fact that Hunter is a member of Equity Youth Educators, (EYES) a student-run group about student equity, supervised by Dr. Lake, a professor from NCU in Eugene as well as a stand-in 4j administrator.

Immediately after Hunter gave the speech, Dr. Lake, as well as Miho Hosaka, (North’s Culinary Arts teacher,) helped him to spread this message out to all of the teachers in the school as well as some students due to the relevance of Hunter’s message. 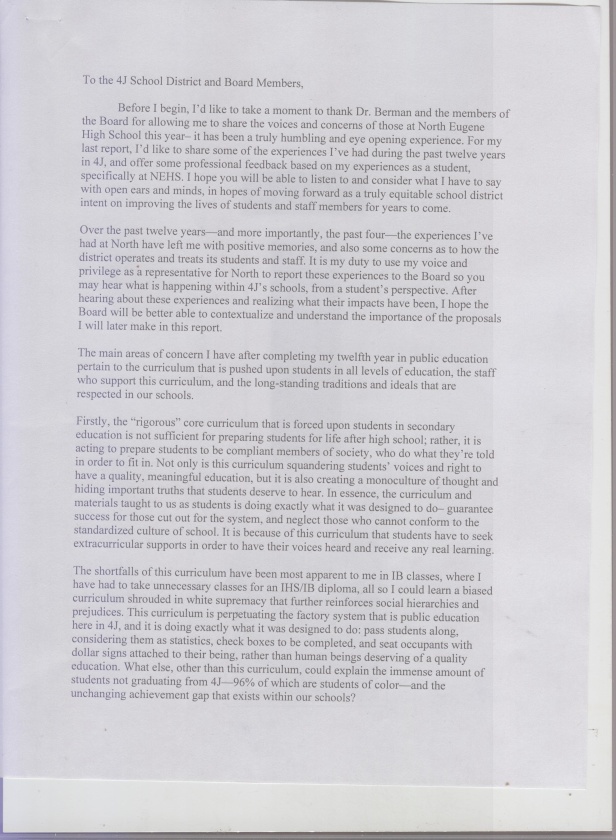 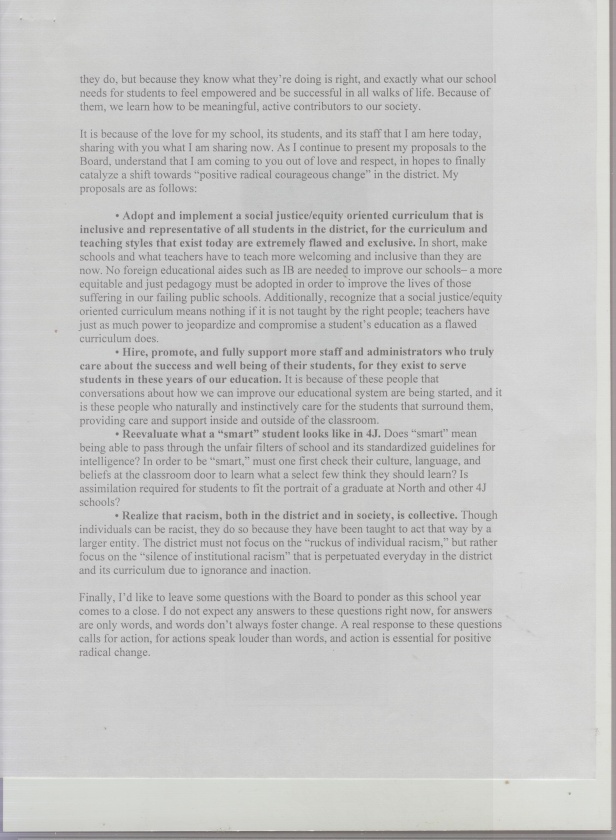 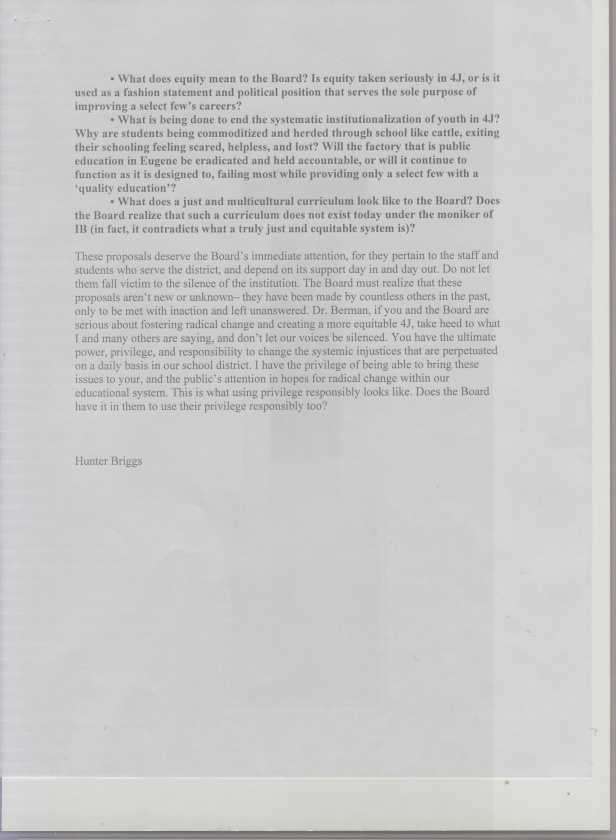