since. Thor began attending University of Oregon in the fall of 2010 where he currently is working on his Philosophy degree. Thor  joined the campus radio station KWVA 88.1 as a DJ then got promoted to be a music director.

In his first year of DJing at KWVA Thor won two awards, then two more the next year in New York. These awards were for Music Director of The Year, Best Newcomer, and Never Sell Out. This led to his internship with the renowned non-profit NPR (National Public Radio). He interned with NPR for a total of four months.

When Thor Slaughter was in high school he was well known due to his contributions to the student body. Thor was president of the Black Student Union (BSU) which is still active. Thor was also a co-founder of the former Armadillo Club which hosted concerts in the Glass Lounge for students. Thor mainly gravitated towards Miho Hosaka (Culinary teacher) and Patrick McMullen (Former TOK and Japanese teacher). “Miho and Patrick saved me from a life of lame-ness,” said Thor. Thor has also always been musically inclined, he played in numerous bands while in high school. 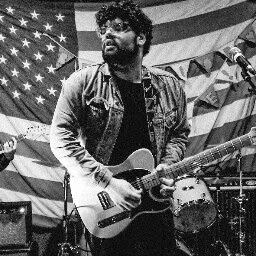 , he and his bandmates were unaware of the all-ages music scene in Eugene therefore they leaned toward playing shows at bars. The downside of this was that none of their friends would be able to watch them perform, although teachers still attended their shows.

Currently, Thor’s life has slowed down a bit. Thor had always had a great sense for music since high school and is currently in a band called Martian Manhunter. Martian Manhunter has been mentioned in the more popular publications in Eugene, such as The Eugene Weekly, Exiled in Eugene, and the Daily Emerald. Martian Manhunter just released their first single on March 11th, 2014 and are currently active and playing all ages shows frequently. Thor works at the Jordan Schnitzer Museum of Fine Art at the University of Oregon while working on his Philosophy degree and he just started tending bar. Needless to say, Thor was a successful Highlander that we can all become inspired by.

The Donkeys Beterfest in The Daily Emerald